New approaches to making the best use of your workspace

Changes to the way we work mean that offices are going unused and empty. What can organisations do to make better use of these spaces? PLACEmaking examines how a different approach could change the way we think about shared workspace.

During the build-up to the 2019 General Election, party manifestos have shown that even political leaders are beginning to acknowledge that there needs to be change in our approach to the way we work. Concepts like the four-day working week and flexible working are no longer at the fringe of discourse but the forefront of the conversation. So how are the places where we work adapting to the changing ways in which we are working?

Research has shown that a four-day working week increases productivity, reduces workplace stress and provides a more focused approach to our work. A recent study by the University of Auckland and the Auckland University of Technology found that when trialled, a four-day week increased productivity by 20% and reduced reported work-related stress levels from 45% to 38%. A general improvement in reported work-life balance was also demonstrated, with scores increasing from 54% to 78%.

The results were even more apparent in a similar trial conducted by Microsoft Japan earlier this year, which saw a reported 40% jump in productivity. And in each of these cases, the benefits of a reduced working week extended beyond productive output through to the well-being of the people involved and the environmental impact of where they worked. Microsoft Japan found that a four-day working week saw a 23% reduction in electricity use and a 59% decrease in the use of printers. 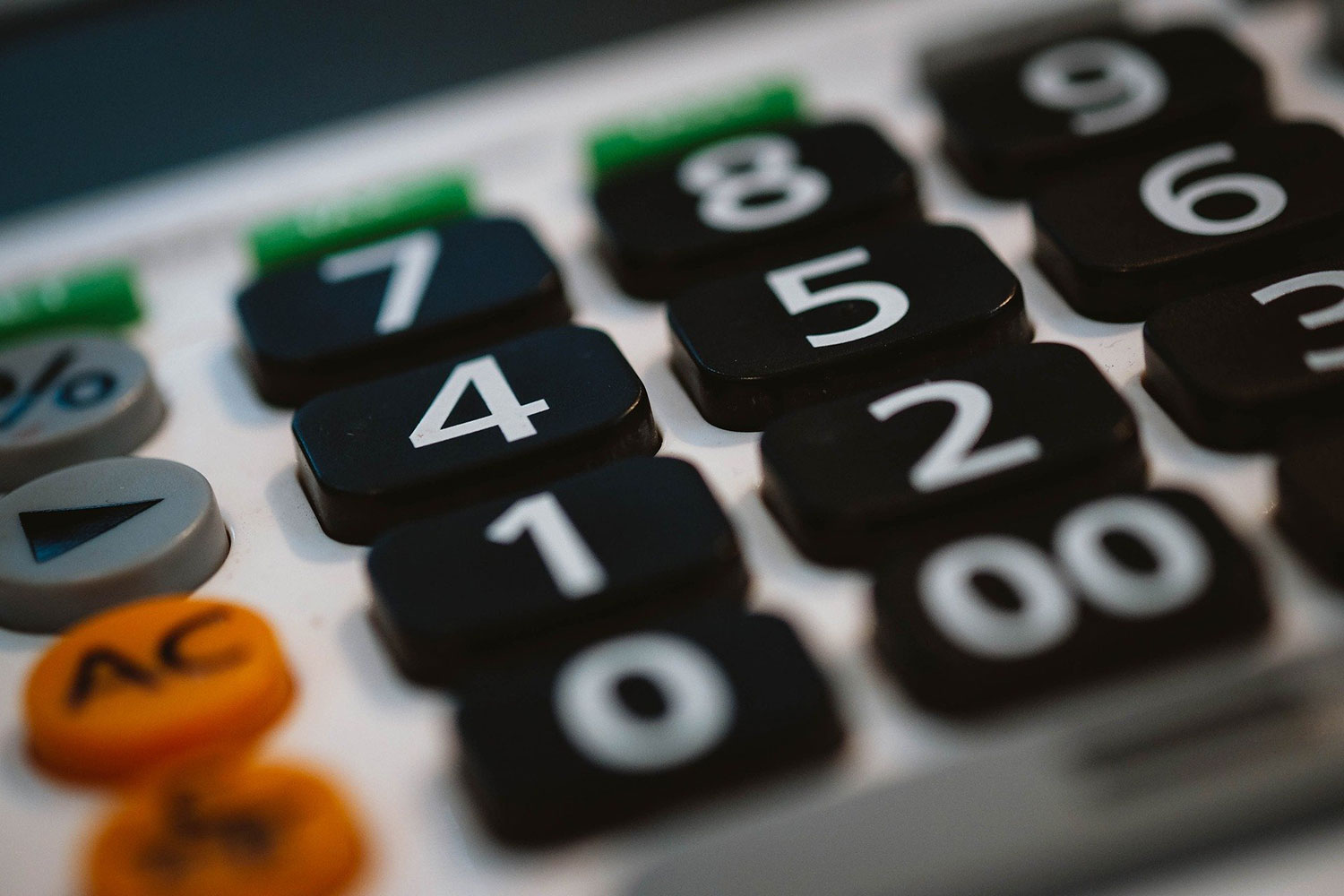 But while progressive ideas towards the working week are provably better for our productivity and mental wellbeing, they inevitably lead to situations where office buildings can be sitting empty and unused for increasing periods.

If moving away from a fixed 9-to-5, 5-days-a-week approach to work is becoming more common, is what we expect from the where and when we work evolving quickly enough? The evidence suggests that if we do not need to be in the office every day then that old measure of productivity – presenteeism – no longer applies. This has sparked new expectations for more time-related flexibility and, as a result, different sorts of workplace environment solutions.

This disruption to the traditional working week rhythm changes how workplaces are occupied and utilised, meaning that traditional office buildings are often left empty. As compressed hours and remote working become more commonplace and Friday become the day to work from home, the accepted understanding that office buildings will stand empty overnight and over the weekend has started to expand into the ‘working’ week itself. This results in buildings that are grossly underused – if not empty – for days at a time. In London alone, the cost of underutilised and empty office space is estimated to be £4 billion annually. 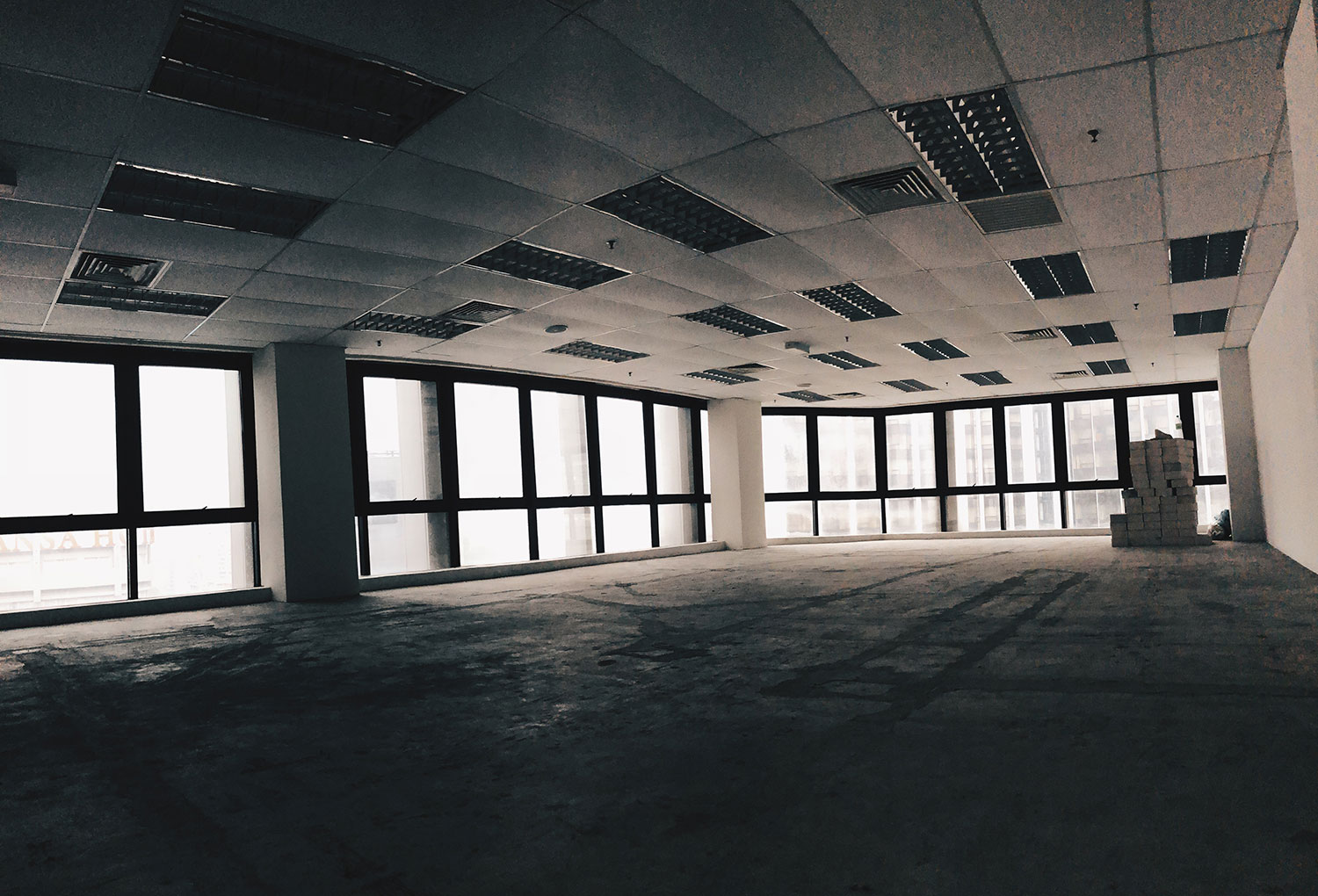 But does it have to be this way? Do these spaces have to remain underused? Empty offices are not just a waste of resources, they represent a missed opportunity to think differently and are a symbol of failure to recognise and prepare for change. Not only do oversized and underutilised buildings look and feel like old-fashioned white elephants spread across our towns and cities, they represent a visible symbol that town and city planning norms are increasingly disconnected from what we want and need from the places where we work.

Size no longer means status, and a traditional approach to office planning and design offers limited attraction to young people. Research has shown that those entering the workforce are simply unimpressed by traditional corporate offices, with 21% of 18-24-year-olds reported to have turned down job offers due to the potential employer’s outdated office design and a lack of amenities (as previously covered on the PLACEmaking blog).

So what is the solution?

If we change the way we regard the places where we work and recognise that underutilised office space is not just an unavoidable overhead cost of ‘doing business’, we might then see the opportunity to breathe new life into our business districts.

Our changing attitudes towards the way we work are reflected in the ways we are now beginning to look at our workspaces. The concept of the office building as a status symbol is increasingly outdated, and for many of us, it is simply irrelevant whether the place that we work in is the biggest or casts a larger shadow than our sector competitors. As working remotely becomes more acceptable, we are looking for something different as a workplace. We are looking for somewhere that meets our needs for flexibility and choice. We are looking for somewhere that suits us on a personal level and provides a more inspiring atmosphere for approaching our work creatively and collaboratively. This kind of cultural shift changes our demands for how office buildings should be designed, and the way that they are operated needs to reflect this.

The immediate and obvious solution isn’t dramatic or complicated. Shutting down parts of a building on days when occupancy is predictably low and consolidating occupiers into a smaller footprint could reduce tangible running costs and have an unexpected cultural benefit by bringing together people who would never ordinarily interact. All very practical, and many facilities managers will already be recommending this approach. But this fails to address the principal issue of what to actually do with growing amounts of empty or underutilised office spaces.

An alternative would be to share the use of the building. As offices become more adaptable and agile, why not offer access to another organisation – one who would make good use of it – during downtime? As spaces become more adaptable and businesses move away from the idea of individuals ‘owning’ a specific place in the office, the potential to share space with other organisations becomes more viable.

By creating spaces that can be rebranded, adapted, or changed quickly to suit user needs, the option to extend that adaptability to others could be the answer to reducing unused office space. If an organisation has consistent utilisation of its premises from Monday to Thursday but little to none from Friday to Sunday, they could look to start opening that space to others during those times. The ‘plug and play’ nature of agile offices means that they can be used by anyone, and this can include those outside the organisation that actually owns or leases the property.

If wholesale sharing doesn’t appeal, then an organisation could realise its social responsibility in the way it offers the use of its space during low utilisation periods. Many people and organisations need a place to work but do not require – or cannot afford – the traditional commitment to full-time, seven-day leases. Having access to space on an ad-hoc basis might appeal to them while bringing long-term business benefits to the host organisation.

Alternatively, facilities such as office gyms with showers and changing rooms or canteen spaces could be opened up on unoccupied days to those in need while unused meeting rooms could be made available to local charities or social enterprises to host events, seminars or conferences. Not only would such an approach make better use of underused resources that would otherwise sit idle for long periods, it would also increase footfall in business districts and subsequently benefit local small businesses during traditionally quieter periods – all while encouraging those that work in such buildings during core hours to form strong local connections and a deeper community awareness. 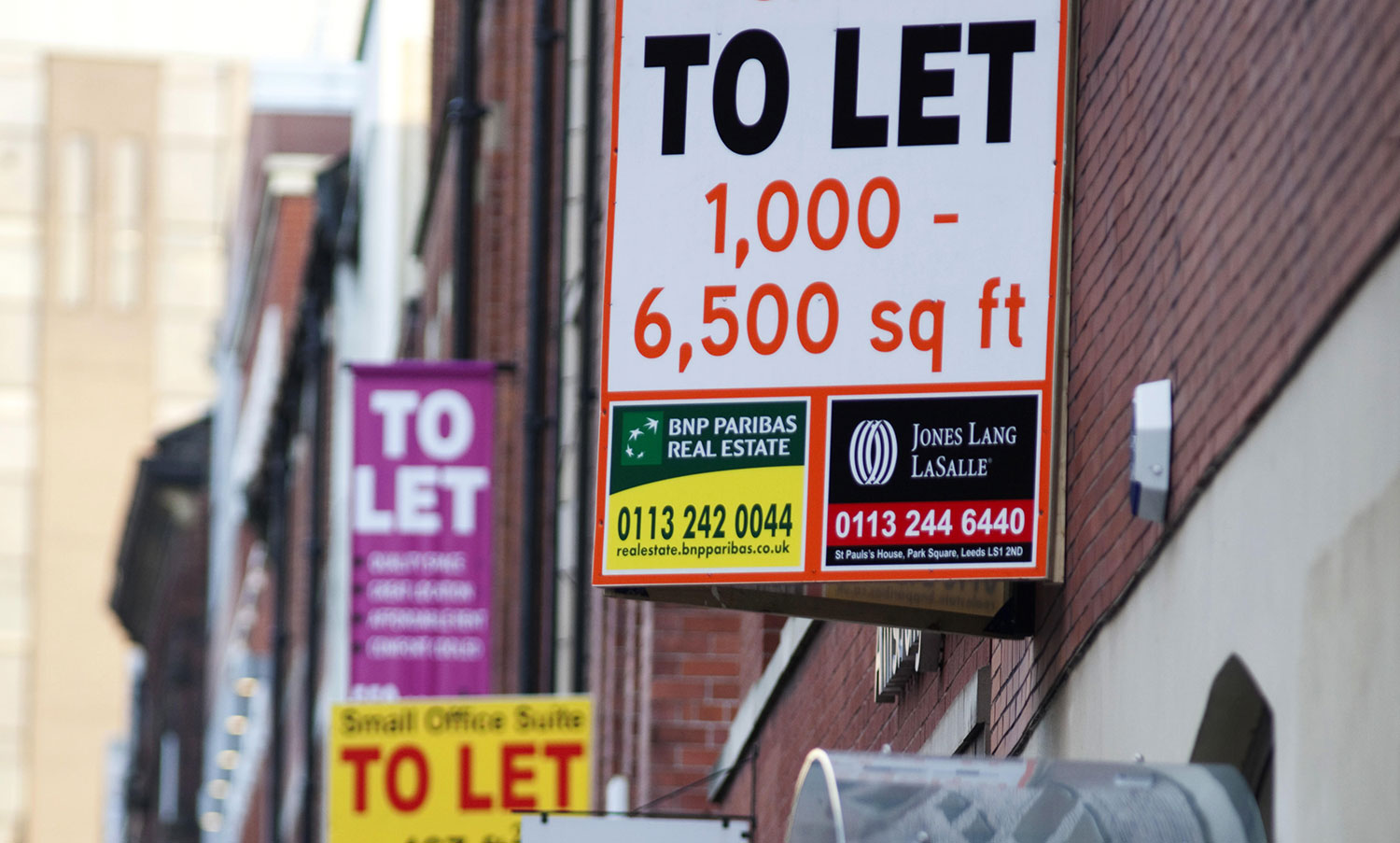 With increased levels of distributed working, the established perception of the city centre head office is changing. In place of the assumption that the headquarters and centralised workplace are one and the same, a new leaner model is emerging. What we define as a ‘workplace’ is now anywhere we want to work, therefore what organisations regard as their HQ presence is changing.

The traditional idea of a head office – complete with prominent address and an organisation’s name written in big letters outside – is becoming increasingly outdated. In its place is a new, fresher and more economically-efficient solution. While multi-tenanted buildings with defined areas of demise are already familiar, collocation and collaboration with other organisations within shared buildings – and pooling resources and facilities as required – is becoming increasingly desirable. Even mature organisations are realising the financial and cultural benefits of breaching the traditional boundaries of office space and joining in with what has previously been regarded as only relevant to the more ‘hipster’ creative industries. Indeed, by reducing the scale of ‘owned’ space and having access to shared facilities, collocating with like-minded organisations seeking a more modern approach can enhance an organisation’s brand value. A space where the free sharing of ideas is encouraged and collaboration is fast becoming the norm.

This approach has further benefits. Fostering free interaction across organisational boundaries provides an environment where ideas that may not have been possible in a traditional office building can be created. A casual conversation in the communal café could solve a problem that someone has been stuck on all morning, or a passing greeting in a corridor might help form connections that could assist with future projects. Taking this approach can create a dynamic and attractive culture that aids recruitment – something many businesses have tried but failed to achieve. 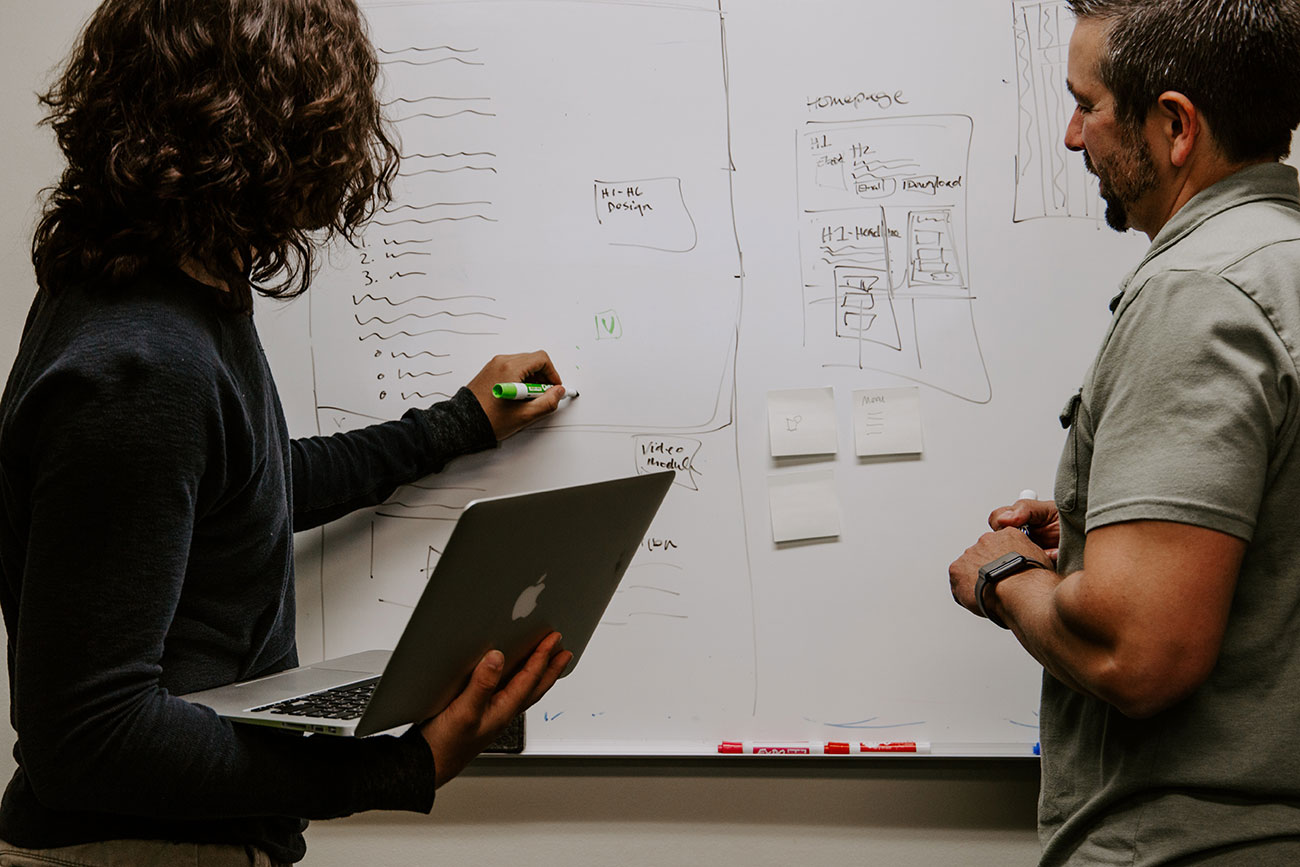 Modern organisations are also recognising the potential to improve brand perception through their use of space. When a venue is acknowledged for attracting forward-thinking businesses of various sizes or sectors – and hosting meaningful and positive business opportunities whilst ditching cliché corporate aesthetics – then the reflected brand value on the occupiers is desirable. Or by using space more effectively and efficiently, a business can be recognised for environmental responsibility.

The changing social attitude to the way we work is not a blip or a temporary anomaly – it is here to stay. There is a renewed focus on what is considered environmentally acceptable behaviour by organisations so the places where we work need to reflect this change – and this needs to be led by those who plan, develop and design these spaces. Developers, planning authorities and policymakers need to appreciate and embrace the scale and pace of change in what we now expect from where we work and when we work, and the focus on the environmental impact of buildings. Space should no longer sit empty when alternatives are available. Businesses, in turn, need to adapt their approach to the way they view the ownership of building and space, moving towards a collective brand that provides a collaborative, open space for multiple users and organisations.