The HQ of the future: Agile working is changing how and where we work

The HQ of the future will be smaller and more innovative. PLACEmaking examine how agile working is changing office estate.

In many sectors, the HQ property address was once a form of status symbol and a physical embodiment of the power of the brand and success. For larger organisations having a large corporate Headquarters (HQ) was a sign of prestige, and with a workforce that spent most of its time ‘in the office’ larger buildings in the centre of towns and cities or business parks on the outskirts were considered desirable and the norm. But with growing adoption of agile ways of working we are already spending less time physically present in the office and as new technology solutions emerge we will be spending more time working elsewhere. This is having a significant impact on our working patterns and as a result office buildings will be sitting empty for even longer. With the new focus on flexibility and innovation that agile working offers, the HQ of the future will as a consequence be smaller in scale and the focus of its function will be on creative collaboration in place of process and administration.

Organisations are discovering that their expensive offices are grossly underutilised. New patterns of working, technology advancements and younger generational expectations has resulted in office space being empty for larger parts of the week. Where once large city centre business districts and out of town centre campus-style business parks may have been necessary to accommodate their collocated workforce, organisations are accepting that this traditional approach no longer reflects the demands of modern ways of working nor their people’s expectations. People now want and expect the opportunity to choose where and when to work, and they expect to have both the permission and tools to enable this change.

This change of expectation means people expect to be able to balance their work and life. The concept of unnecessary daily rush hour commuting, negotiating unreliable public transport, or spending time in soulless office building is out of step with changing needs – tour any office on a Friday for evidence. People now want more control – selecting from a range of options that they determine meets their needs rather than the binary choice of working in the office or from home. Evidence is emerging to support offering wider choice of workplace results in achieving the same if not higher levels of level productivity and improved well-being.

So if the future of the workplace lies in smaller HQs with supporting distributed co-working Hubs, how does this model operate and what does it look like?

Enhanced technology connectivity means business operations can be independent of HQ functions and as a result the scale of the HQ can be slimmed down, affording greater choice on the selection of location. In some cases this will see organisations deliberately moving their HQs closer to their immediate competitors or collocating with brands to jointly enhance their value. An example of this can be seen in the United States where both the McDonalds Corporation and Mondelez International (owner of the popular Oreos brand) chose to move their HQs into urban Chicago from larger out of city premises. Such a move was motivated not only by a reduction in HQ running costs but more significantly to encourages creativity and foster of new ideas demanded by their rapidly changing markets.

This innovation approach is not exclusive to HQs. Forward thinking organisations could also apply this approach across their organisation through the use of operational Hubs distributed away from HQs.

The emergence of business co-working Hubs was initially driven by small scale innovative business start-ups. Renting a desk was often all that was needed whilst a business idea was incubated. With success came growth and with growth came a change of needs but not philosophy. Still rejecting the old corporate landlord property market, as those start-up business focused on business growth they retained their fresh approach to how they wanted to operate and from in sort of environment. As they matured the function of Hubs responded and offered a wider range of workplace solutions. Maximising use of technology and connectivity, maturing former start-ups are comfortable in creating a network of smaller working spaces, continuing to co-habit with new businesses which maintains their philosophy of shared learning with their peers and benefiting from new energies and ideas in to their own businesses. 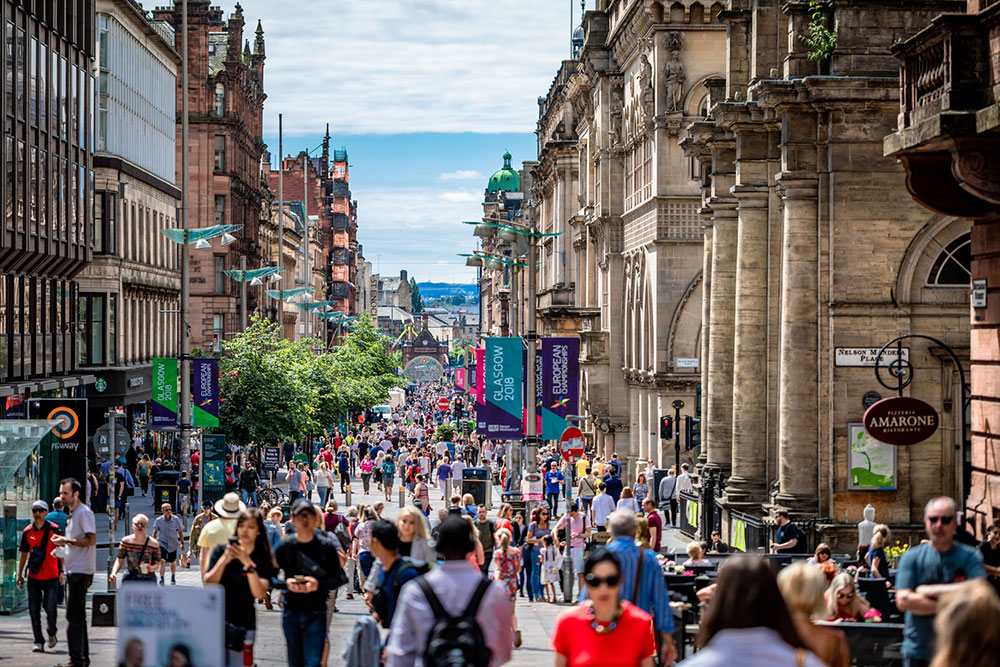 Even established businesses are recognising the benefits of blurring corporate boundaries. Some actively encourage their own staff to operate from co-working Hubs as they see this as a way to re-energise their staff. Where they have a larger presence they are also sharing previously duplicated facilities and resources, inviting the serendipity of interaction and collaboration. Attitudes towards the ownership of ideas will have to be made less rigid in order to better facilitate collaboration and creative interaction. Doing so can mimic the perceived benefits of business start-up co-working space, helping more established organisations create a competitive yet inspiring work environment with the intention of driving innovation and promoting an atmosphere for career progression. This can help ease recruitment and reduce attrition of high quality resources, creating an environment that feeds innovation, something that in missing in the traditional corporate office environment.

The reduced scale HQ and emphasis on working out of distributed Hubs will mean that going to work will be increasingly less about going in to central offices or out of town business parks, with more people working locally to create a network of dynamic local communities. What will gain popularity is the local Hub model in which businesses and organisations of all sizes will co-locate, sharing resources and facilities making use of co-working and shared collaborative spaces. Such places can be fertile ground for the development of new ideas, facilitating something that can be difficult to create artificially: innovation.