“You not only defined a new level of expectation for us…you then went on to exceed it!”

Once intended to be the central focus of the whole community, the Ringland Community Centre had moved away from its original multi-functional purpose. The new East Newport Hub project is the prototype for implementing Agile working across the council both in future Hubs and its office estate.

The council planned to restructure the design and provision of its city wide voluntary services provision. The principle solution included rationalising the building assets across the city and investing in five key Hubs each with localised ‘spokes’. The ‘East Newport Hub’, would be the first of these five Hubs. 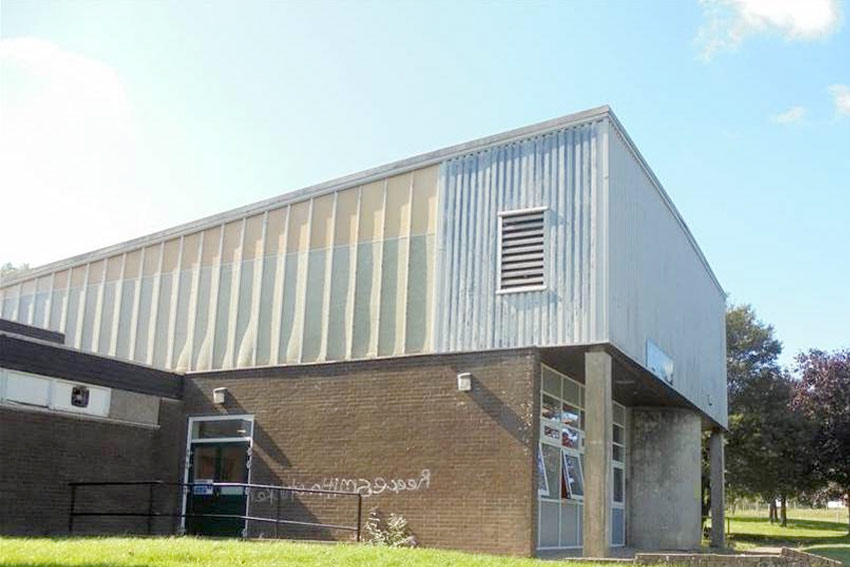 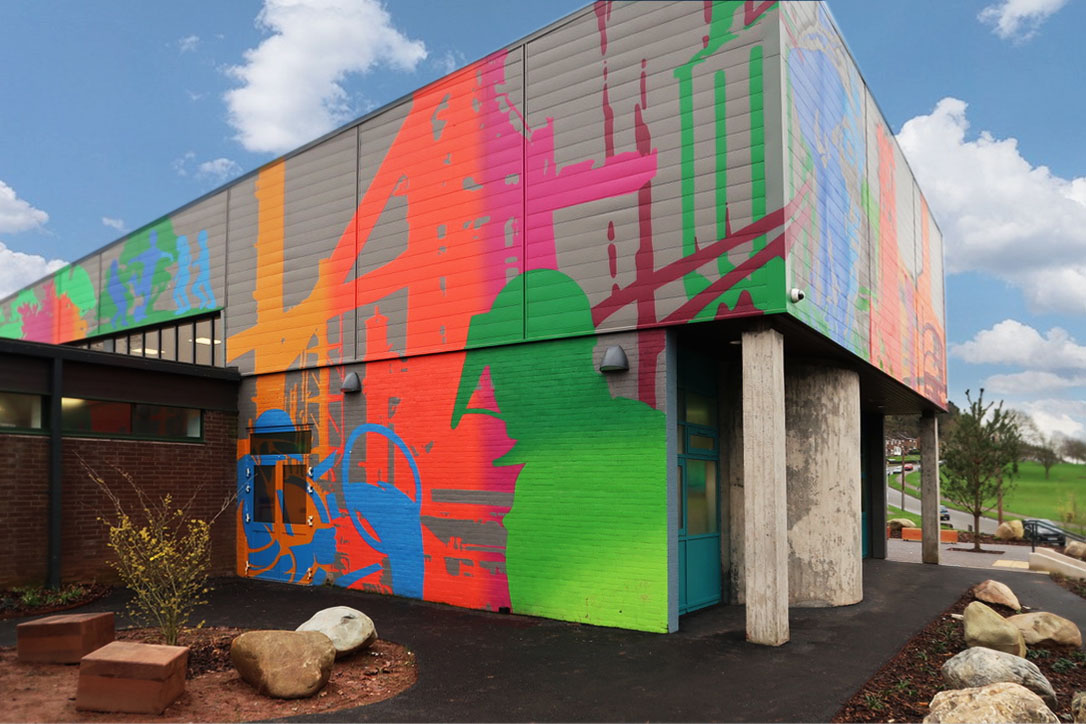 The nearly refurbished Hub building will be linked to a proposed new Health Centre, expanding access to wider services for the community and bringing the new Hub closer to how it was originally designed to be used, as a vital centre piece for the community.

Despite its tired appearance, appraisal of the Ringland Community Centre suggested that refurbishment instead of rebuilding was cost effective. The transformation of the former community centre building into the new East of Newport Community Hub was regarded as a key enabler to the delivery of the council’s Agile working vision and service regeneration objectives.

Local involvement in the project

Throughout the project the focus has been on improving the customer experience. Engagement during the design development phase has built upon good existing relationships but also ensured any adopted solutions related specifically to local needs.
A 15 metre length of the building was identified for ‘Street Art’ and proposals were designed by a community group made up of young people aged 8 to 18. Hosted by a professional street artist, the group went on to spray paint the artwork themselves. The positive feedback from the group has resulted in similar activities being planned for artist led community activities both in the Hub and in other parts of the Ringland estate.

Community feedback of the project has been overwhelmingly positive, with the building’s redesign seeing a fantastic response from both the local community and service delivery partners. 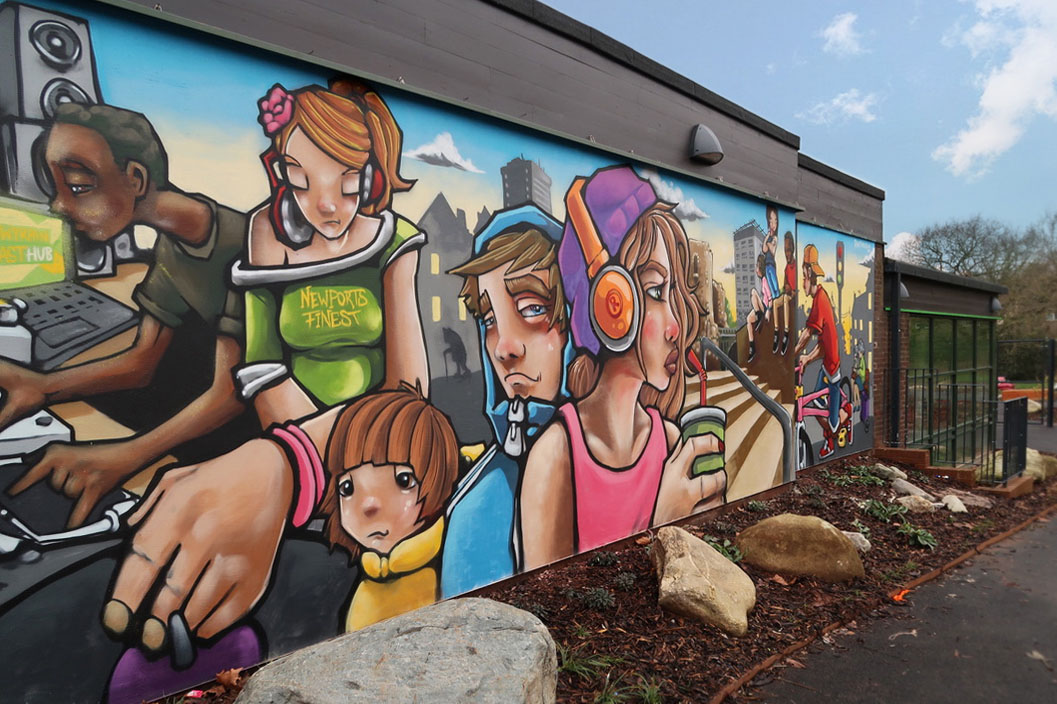 The Hub is open to the community with multi-generational activities being hosted including fitness and well-being groups. More are planned including cooking based events, interest groups such as outdoor potting clubs, knitting circles, sheds-for-men workshops, musical performances and film clubs. Facilities are available to host multiple sized grouping and the council plan to expand hours of opening across the core week and weekend. A separately accessed Conference Centre is available for community and business hire and the former sports changing rooms have been upgraded and continue to support local sports clubs out of hours.

The Hub project is the prototype for implementing Agile working across the council both in future Hubs and its office estate. 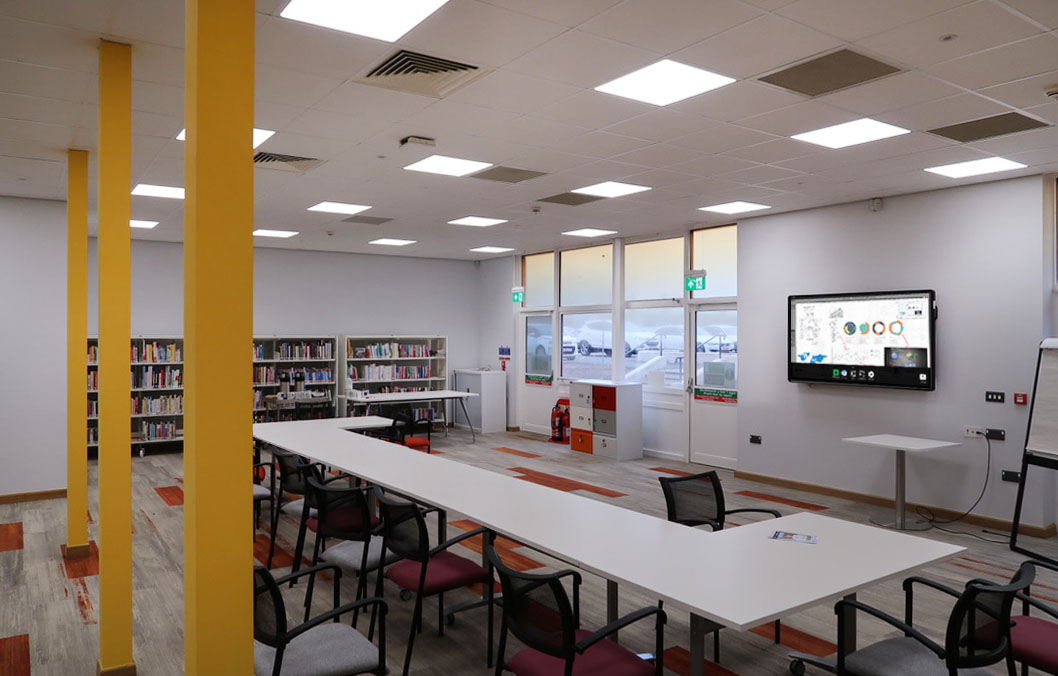 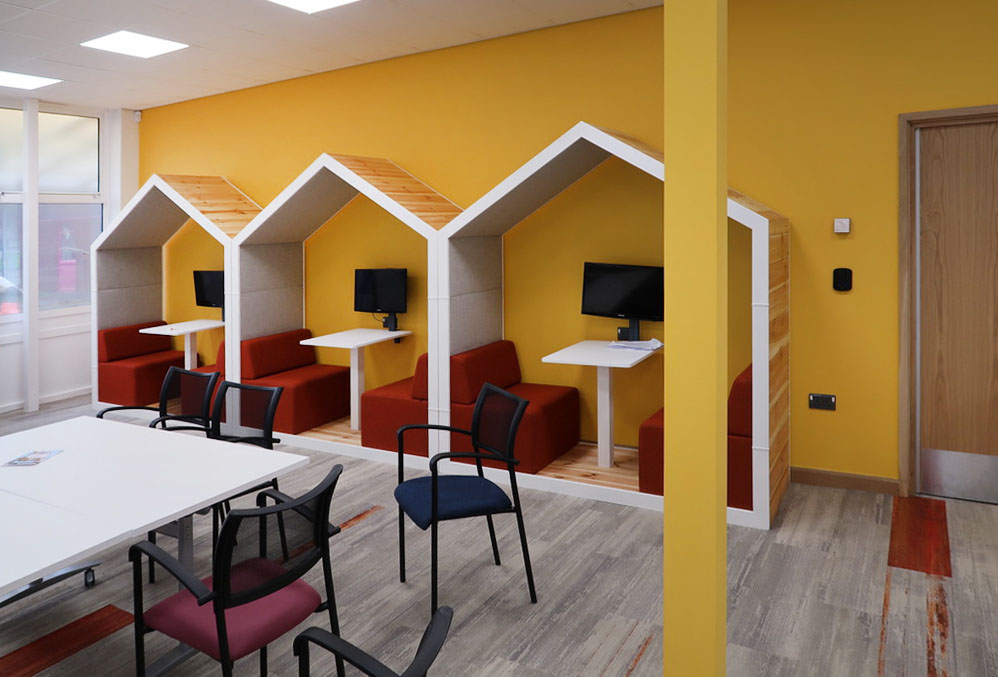 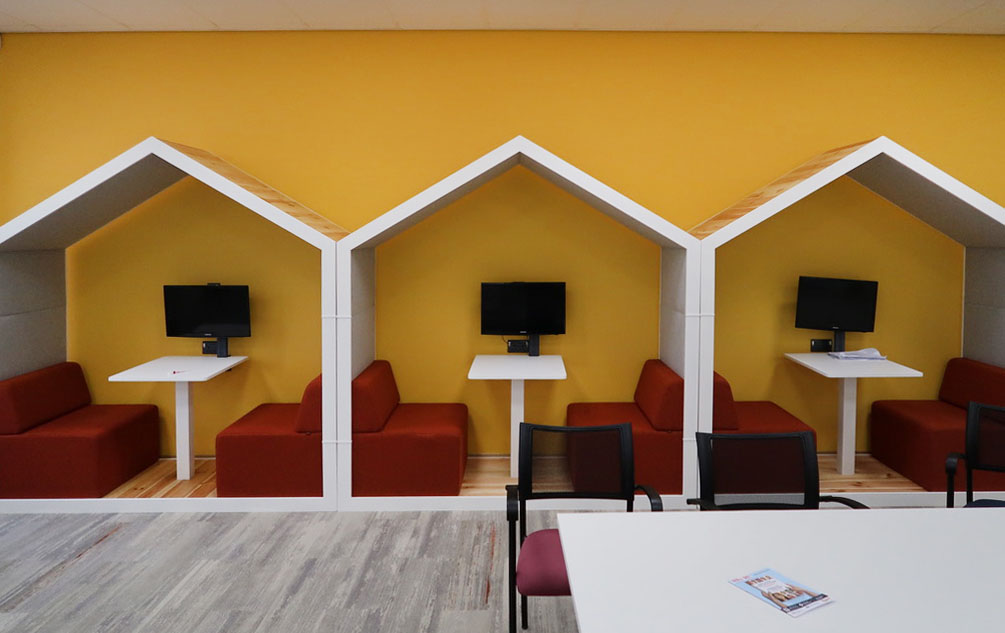 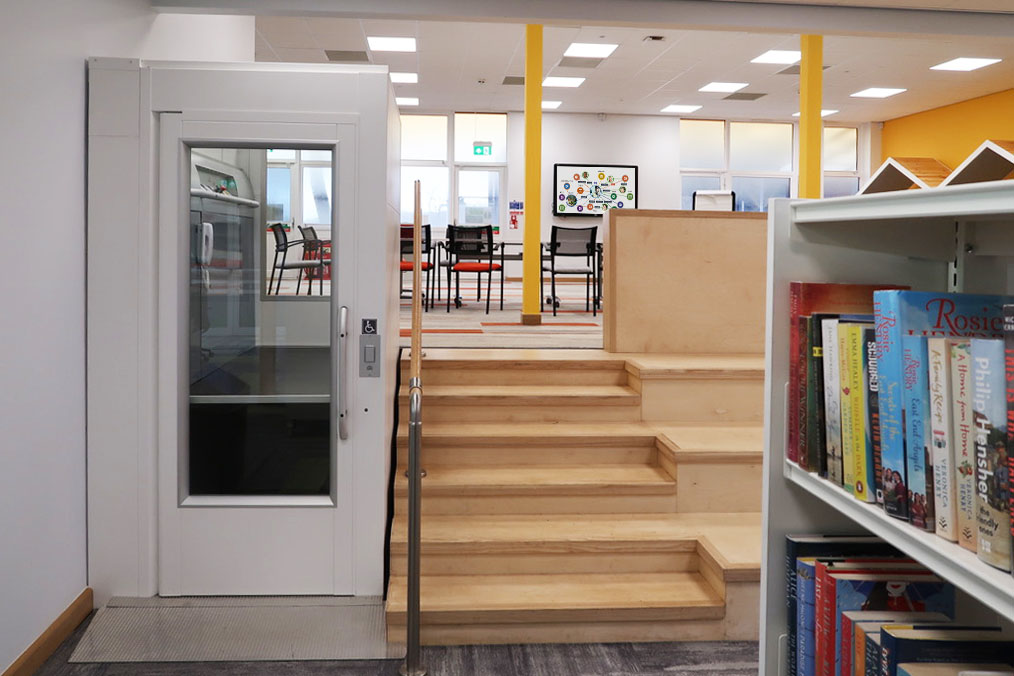 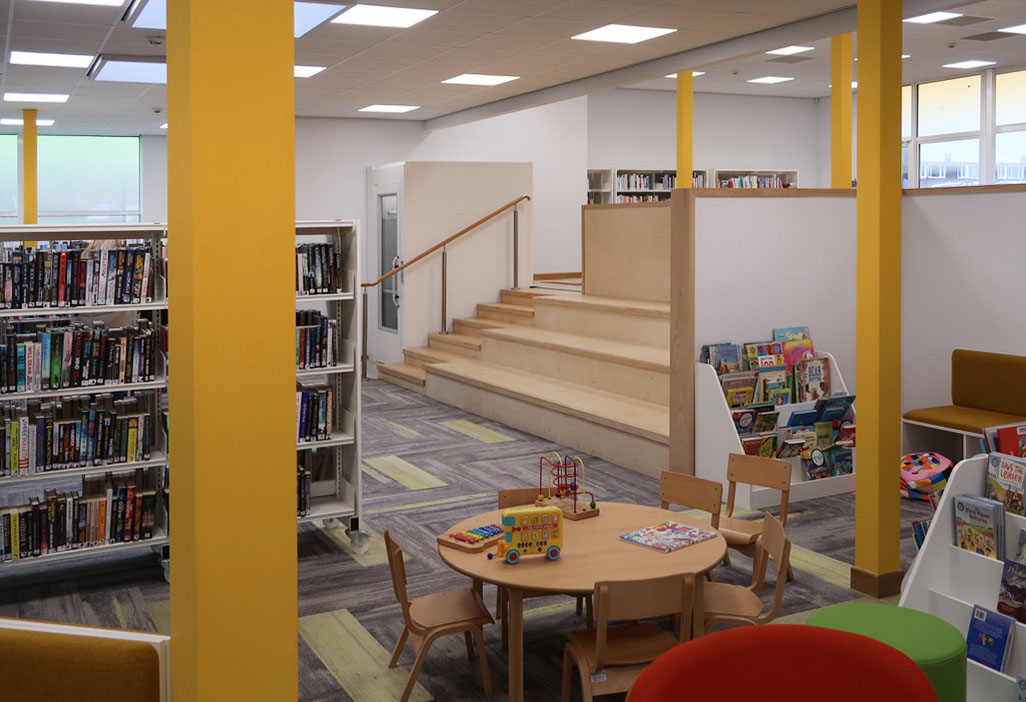 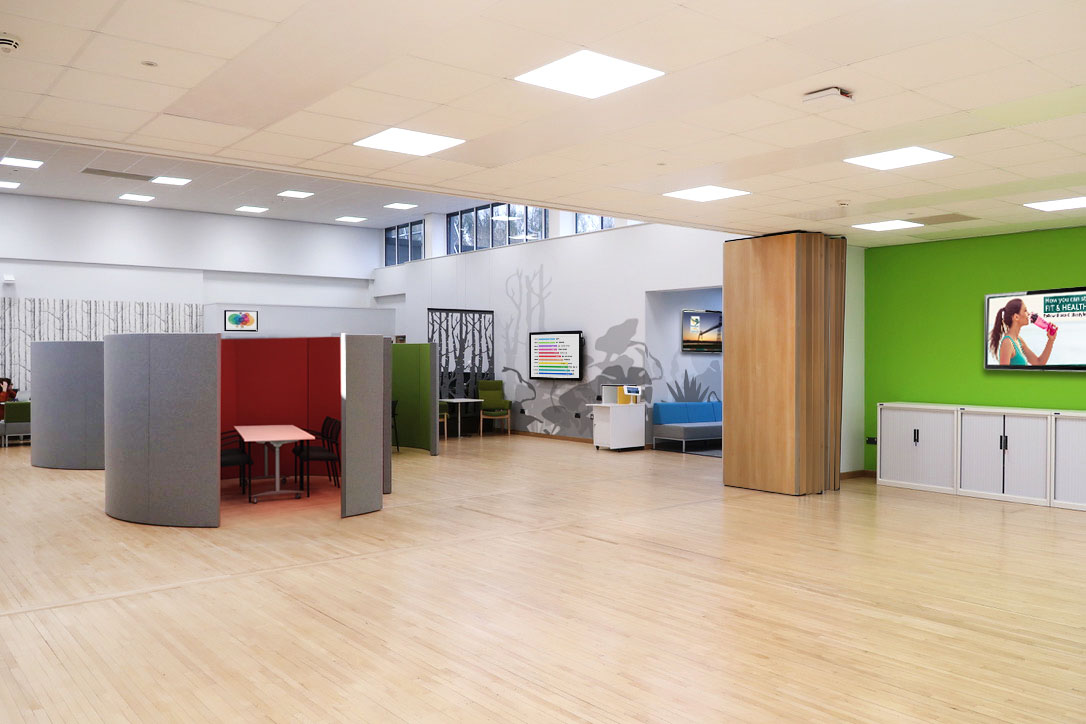 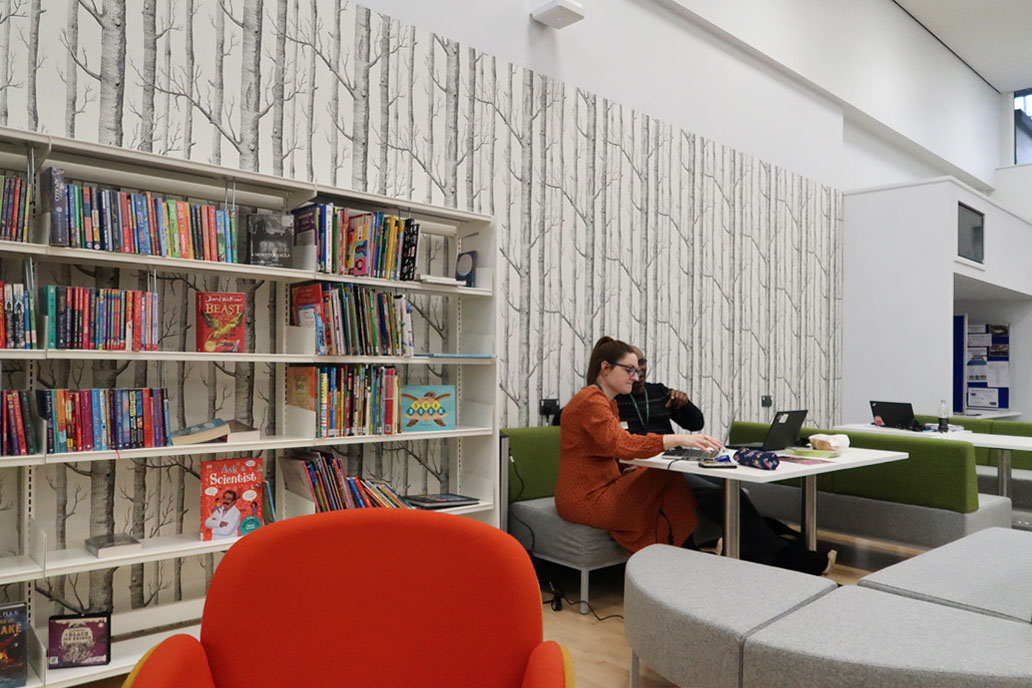 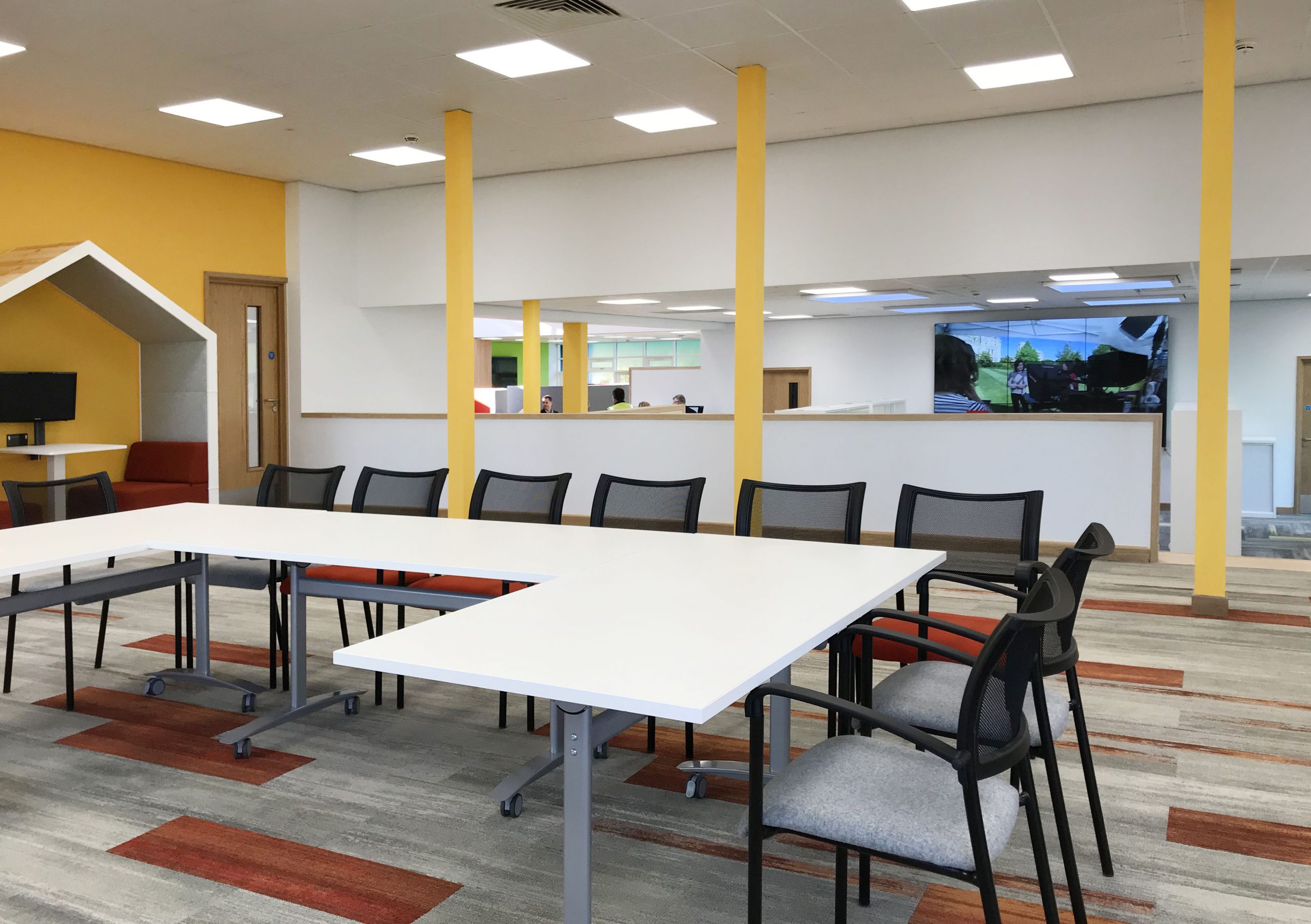 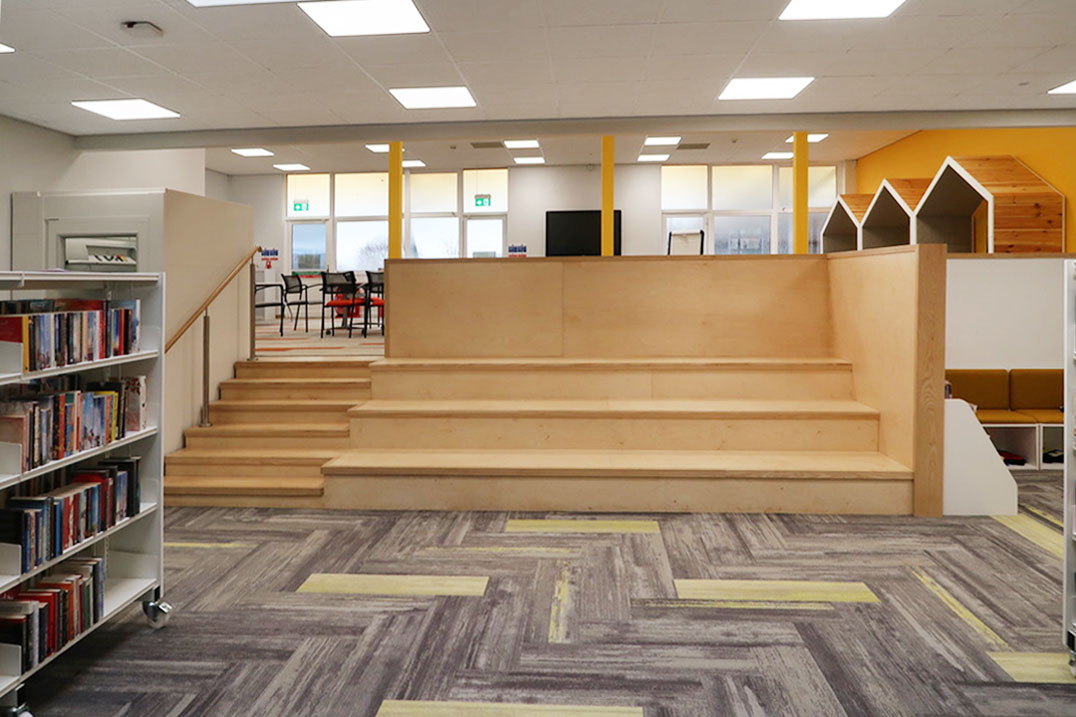