Is the post-pandemic hybrid workplace supporting the 'levelling-up' agenda?

It’s only been a couple of years but there has been undeniable change in patterns of work across multiple sectors caused by the COVID pandemic.

There’s not exactly been a stampede back to the office since the work from home directive was lifted and whilst there are legitimate concerns that for some working home alone has had a negative impact on their well-being and career development prospects, staff survey after survey emphasise the desire to not return to pre-pandemic five days a week working in the office. More scrutiny of the feedback reveals some interesting threads, contrasting the pre-pandemic day-to-day work experience and the change experienced as a consequence of the lockdowns. 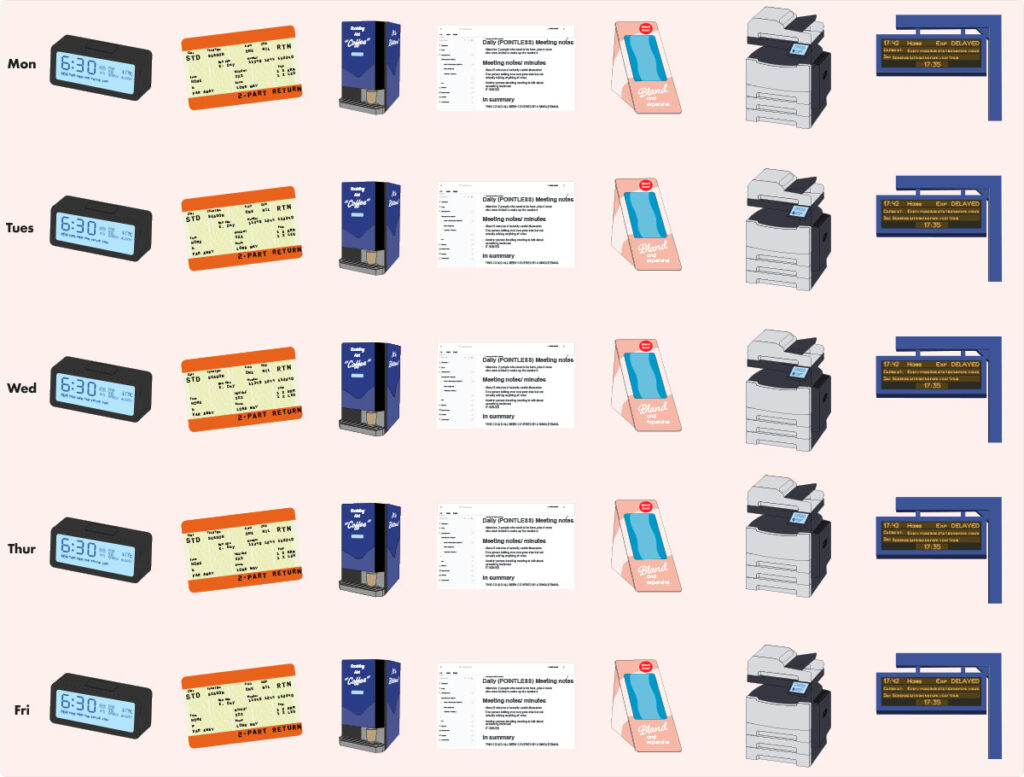 We’ve heard a lot from politicians about the negative impact on predominately city centre economies resulting from the sharp decline in footfall generated by daily commuters and, although we’ve heard some balancing views from local towns who have seen an uplift in their local economies due to people working from home and presumably buying ‘local’, we haven’t heard much about a typical ‘A Day in the Life’ transformation that many individuals have experienced and now want to extend permanently. This might be because there’s no direct big business economic impact relating to their experience or it might be that we barely talked about how complex and at times grim a lot of people’s lives were pre pandemic directly as a consequence of going to work in an office.

Perhaps the work culture of baby boomers that “we work to live” was still so evident that many just accepted that the need to delicately balance their lives with work was just the way it was, tolerated by so many that it was regarded as ‘the norm’. Large numbers of employees were expected to – and often did – suffer in silence. Employers were predominately focused on work related issues and ‘keeping the wheels on the track’ – personal issues were just that….personal and addressing anything outside the confines of the office building was the employee’s private business.

Generations X and Z questioned the established work ethic having seen for themselves the damage done to the livelihoods of their parents generation resulting from the economic down turn of the early noughties when ultra secure office jobs suddenly became redundant and the so-called predictable pathways to lifelong professional careers were, for many effectively severed. They looked around the average office workplace, seeing through their fresh eyes scenes they were barely prepared for. Poor work cultures, out dated presenteeism management approaches, lack of investment in developing relevant skills and rigid contract conditions that made it clear any balance of work and life were firmly tilted towards work. When they questioned the culture, they were told the problem was their ‘unrealistic expectations’ and they were almost never consulted about what the future, their future would look like. Is it a surprise then that many chose another more flexible career path accepting the insecurities of self employment and rejecting the notion of a career linked to a traditional office workplace. Attracting and keeping them was starting to becoming an employment problem.

The pandemic turned the world of work on its head. Everyone was instructed to work from home if they could and there was a boom in Zoom video meetings and an instant dependency on working almost entirely digitally. After the initial trauma for technology teams to ship out ‘kit’ to peoples’ homes and instantly expand remote access licences and server capacity they turned their hands to providing emergency support services to large swathes of people who had, at best rigid desktop computing skills in a new dynamic remote working world. When all that settled down many employers watched with interest as their worst fears of plummeting productivity levels simply wasn’t proven and those working from home began to experience something quite different, tangibly new and for many life changing.

The key was the introduction of what had been promised for so long but rarely delivered, the ability to balance work and life. The pre pandemic office culture laid down rules that dominated everyone. Those women – and it more often than not was women – whose daily work experience included stressing out of missing rigid nursery or after school club closure deadlines, a fear generated by lack of personal control of time and reliable transport options. Their pre pandemic state included being so anxious about getting home in time to fulfil their caring responsibilities that they could barely focus beyond 3pm. Somehow their anxieties went unrecognised and often their career prospects were limited as a consequence. Not confined to women, men who had systematically missed multiple family events, school plays, sports days and parents evenings or even the task of just walking the dog plus anyone who had interests outside work had it made clear to them that the office convention of 9 to 5 attendance and daily commuting was dominant and any suggestion that they had any control to balance work and life was for those below senior management levels simply a myth.

As a consequence of the pandemic, higher levels of personal control became democratised. No longer just confined to senior manager or executives in hip businesses or relevant to our big city business sectors, more of us were handed through necessity greater degrees of choice and the ability to make decisions for ourselves. We learned quickly the value of being able to navigate around Zoom meeting invites and time to focus on getting work output done with dipping in and out of work and non work activities. The time previously wasted on daily commuting was repurposed and because we stayed local we noticed seasonal features around our neighbourhoods that we were previously only vaguely aware of. We gradually realised we were actually good at and able to take control and we started to enjoy our new workstyles.

We’ve looked back through a new lens at our pre-pandemic lifestyles with many of us accepting that we’d been on an unnecessarily imposed treadmill that few of us actually want to return to.